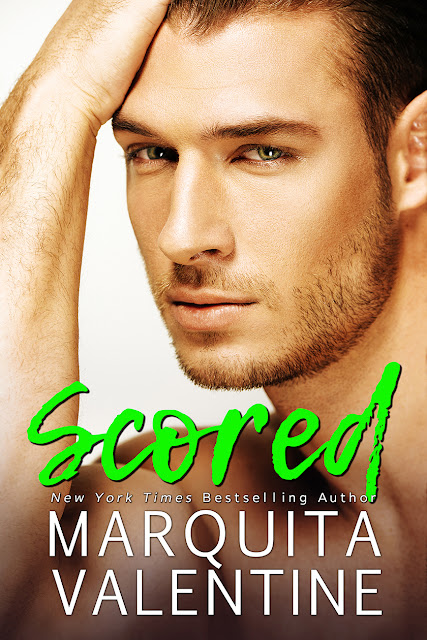 Dallas Drake has a big salary and an even bigger…ego…and he’s not afraid to use either of them to his advantage. As infamous as he is attractive, Dallas has all the equipment necessary to bring home the win.

The first time I met him, I was in handcuffs.
The second, he saved me when I fell off a ladder.

Now? Now we’re working together to plan a charity event.

I may not be interested in what Dallas has to offer, but as the game goes on, I’m becoming more open to his passes.
Is he looking for the win, or just determined to score? 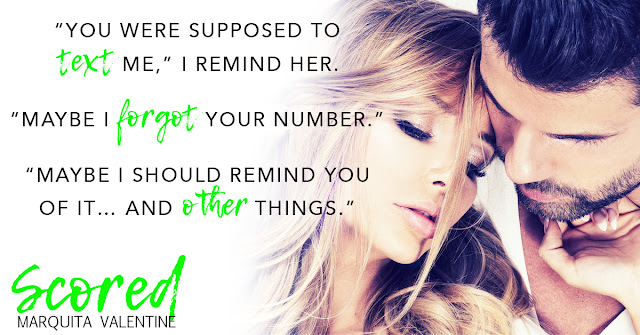 The one good piece of advice my mom gave me concerning men is that their egos are huge yet fragile and it takes the delicate, yet strong touch of a woman to handle them.
Leave it to a man I know only by reputation to drive that point home.
Dallas sits in my office, an ice pack on his lip and the back of his head. To be nice, and since it was my fault he’s in pain in the first place, I’m holding the one on his head, so he can have at least one hand free.
“Sorry,” I say for what has to be the tenth time in the past twenty minutes. “I didn’t get to explain myself before, but I wasn’t laughing at you…well, it was at you, but not your pain. Pain is not funny. When I fell out of a tree and broke my wrist at the growth plate, I laughed the whole way there because that’s the only way I could deal with the pain. Finley didn’t order to me stop either.”
Dallas glances at me, his normally warm eyes icy. “Not sure how that helps.”
“Hopefully, it lets you know that I’m not laughing all willy-nilly.”
“Willy-nilly,” he mutters. “Who says willy-nilly?”
“I do, and to be honest, you’re not that soft. It actually hurt to fall on you.”
He arches a brow. “You weren’t exactly a pile of feathers.”
“Yeah… that’s not helping either.” I take the ice pack away and gently inspect the back of his head. “There’s a tiny,” he hisses, “bump here, but um, I’m sure if you go to the doctor that you’ll get fixed up in time for your next game.”
“You do realize that if I have a concussion, I can’t play this week.”
Slowly, I shake my head. “I didn’t know that.” Now I feel even worse for freaking out when I fell off the ladder. The dang thing is only three feet off the ground. I wasn’t falling to my death or into a pit of snakes.
I shiver.
Pushing away the thoughts of snakes and pits, I focus on Dallas. Although, I plan on making it up to him, I do need to say something about his sneaky ways.
“This could have been avoided altogether if you hadn’t sneaked up on me.”
His jaw works. “I spoke to let you know I was there, so I wasn’t sneaking up on you.”
This time, I’m the one arching a brow. “Next time, do you mind waiting until you’re standing on the ladder with me, or I don’t know… wait until I’m done with said ladder before scaring me to death?”
Dallas tosses the ice pack on my desk. “I guess you have a point.”
He’s agreeing with me? From my Google snooping, or Snoogling as I like to call it, everything about Dallas screams he is a cocky, confident man who has been known to argue with a referee a time or two. Then again, according to the article I read, Dallas argued with the ref over not throwing a flag for unnecessary roughness due to player being tackled after the whistle was blown. That kind of behavior, the other player’s, I mean, is considered very poor sportsmanship and worth some sort of penalization.
So maybe he was right to argue… and maybe I’m wrong to assume the worst about him. Even Finley says he’s not that bad, which for her is practically an endorsement.
But not for us to date—I’m not that stupid.
Or am I…?
“Is there any way I can make it up to you?” I ask. Yes, that is a hopeful tone in my voice. I do want to go out with him, try something new, and see what happens. Besides, it’s not like he’s going to ask me out again. That ship has sailed based on his grumpiness.
“Have drinks with me tonight at 451,” he says.
The ice pack I’m holding plops onto his head, and he grunts. “Sorry. Dang it.” I grab the pack and toss it onto my desk, where it slides precariously close to the edge. “Yes, I’d love to have drinks with you. My treat, of course, since I’m the cause of your injury and… you can send me any outstanding bills.”
“Why would I do that? You didn’t make me try to save you, and I sure as hell could have finessed my approach better.”
“Drinks only, then?”
“Appetizers, too. My treat.” His infamous grin curves his lips. “Don’t want you to think I’m trying to take advantage of you due to an empty stomach.”
So smooth. I eye him. “You might want to get your head looked at first because I’m pretty sure that alcohol and concussions don’t play nice together.”
He salutes me. “Will do.”
I fist my hands on my hips. “Did you come by here to see me, or to see the event space?”
He bites the unbruised side of his lip. “Would it bother you if I said both?”
My stomach flips at his answer. “No. I like honesty.”
“Then you’re going to love this,” he says with a serious look in his eyes that is in direct opposition of his tone, “because I need you to help me win a bet so a fellow teammate can get some mentoring.”
Intrigued, I reach across my desk and drag my office chair around. The floor is smooth and the feet have wheels, so it’s relative easy to do. Plus, I’m pretty sure Dallas is checking out my butt right now and I kind of like it.
Plopping down, I cross my legs and lean forward. “Tell me more.”
“You might not like it,” he warns.
“Do we have to kill anyone?”
His brows shoot up to his hairline. “No, but it’s kind of scary and insulting that you’d go there first.”
“Had to be asked.” I shrug. 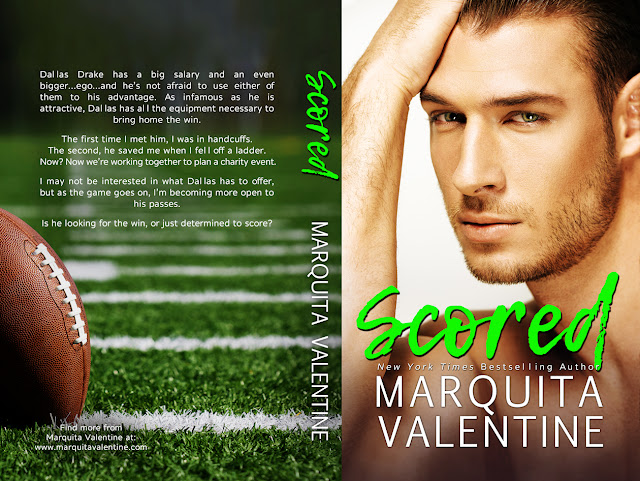 About the Author:
Marquita Valentine is the New York Times and USA Today Bestselling Author of the Holland Springs and Boys of the South series.

Since first taking the plunge in July of 2012 to self publish, Marquita Valentine has appeared on the Top 100 Bestselling Ebooks Lists on iBooks, Amazon Kindle, and Barnes&Noble. She's been called "one of the best new voices in romance" (Guilty Pleasures Book Reviews) and her books have been accused of being "a sexy, fun, and slightly addicting contemporary read" (The Book Queen).

When she's not writing sexy heroes who adore their sassy heroines, she enjoys shopping, reading, and spending time with her family and friends. Married to her high school sweetheart, Marquita lives in a seriously small town in the south with her husband, two kids, and a dog.