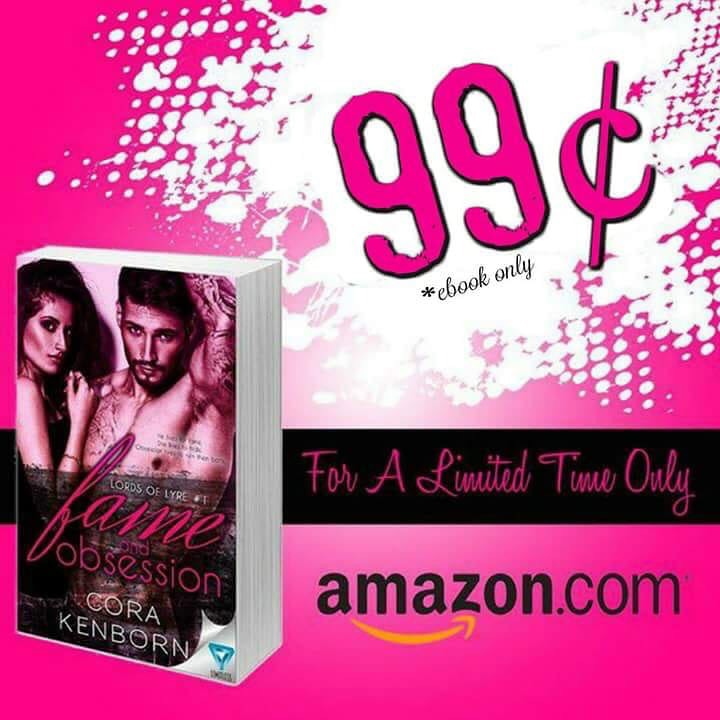 She was not expecting to meet a famous rock star, or to be coerced into ghostwriting his autobiography. But she tries to maintain focus on her dream of becoming an author, despite the attraction she feels for the sexy rocker, not to mention the baggage that comes with him.

Julian Bale’s world was shattered one drunken night, and it almost ruined him…

Weighed down by guilt, he blames himself for an accident he could’ve prevented. He will play the game, but swears his hot little ghostwriter will never get that story out of him. As much as he wants her, if he has to choose between his dream and hers, it’s no contest.

Phoebe and Julian give in to a forbidden attraction, and their public romance risks both their lives…

An obsessive fan is on the loose and now that the secret’s out, it’s made them both targets. The psychotic stalker is determined to have Julian for herself, even if she has to reveal their sordid pasts and eliminate Phoebe to do it.

He lives for fame. She lives to hide. Obsession lives to ruin them both.
Αναρτήθηκε από Ioanna/Gianna/Nana στις 6:44 μ.μ.