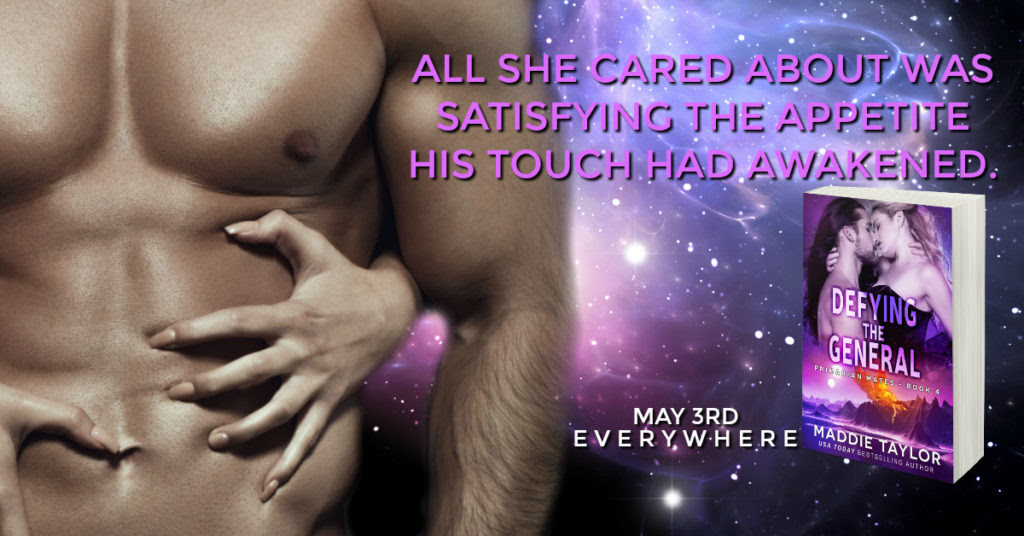 NSFW ALERT!
His mouth sealed over hers without allowing a response—not that she was able. The gentle kiss of earlier became a voracious claiming. He was hungry, and she appeared to be on the menu. She only hoped, as aroused as she’d become, it would be more than the appetizer that was their first time. He allowed her a breath while his tongue traced her lips before plunging inside once again, sending pulses of need surging through her. The sensual assault did more than jog her recollections of the night before, it revived the uninhibited carnal desire he’d stirred inside her. Forgotten were the circumstances that brought her here, in his arms, entwined with him on his bed, and the shock and dismay over his earlier revelations. She also didn’t heed the warning bells clanging in the recesses of her mind, all she cared about was satisfying the appetite his touch had awakened. Parting her legs more with one of his own, he shifted over her, his hips fitting into the cradle of her thighs. She kissed him back, unreserved in her response, her tongue sparring with his while her hands fisted in his hair holding him close, afraid he would end things too soon. His hand moved from her breast and slid down her side, around in back to stroke over the curve of one cheek, and down her thigh to her knee. He hitched it high over his hip, sending the gauzy gown upward, baring her from the waist down. He pulled her in closer, his fingers splayed across her bottom as the length of his cock still contained by his trousers, pressed against the seam of her pussy. He broke the kiss but didn’t go far, his lips a fraction above her own when he demanded to know, “You feel the connection, don’t you, paulova? Like a current passing between us. It started back in the forest when we first touched and has grown stronger.” “Yes,” she uttered, breathing quickly, approaching a pant. “I’ve never experienced anything like it before.” “Because you are mine, sweet mate. The one made only for me.” “But, Trask, how can that be?” “It can only be explained by fate. Why else would the Maker bring you to our hunting planet for us to find, a species so like us in so many ways, if it wasn’t meant to be?” He recaptured her mouth as his hand slid up her belly and molded to her breast again, skin on skin this time, his fingers stroked, petted, and lightly pinched the nipple until she was moaning against his lips. “I want you, Lana,” he groaned into her mouth. What else she might have said was smothered by his lips, his kiss more demanding this time. “I’m going to take you now, and when I breach your body and claim you as my mate, you’ll experience even greater pleasure than you experienced last night.” His lips trailed a line of heat along her jaw, down her throat, and lower to her breasts. He pressed the mounds together, which plumped them up fuller and the hard tips seemed to reach for his mouth. He fed on first one then the other, his hot tongue swirling, laving, and sometimes, rapidly flicking. “I’m going to possess you completely, transform your body, and make you mine as the Maker intended.” He growled more than spoke as he feasted with voracious hunger, sucking a hard peak into his mouth, his tongue lashing it from inside. Lana cried out, her back bowing off the bed, fingers clutching fistfuls of his thick silky hair as she hung on. He raised his head, his unearthly eyes dark and wild with passion. “Say you want this, too, little one, because once done, there is no going back.” He’d said a lot, most of it while practically devouring her flesh, but beyond giving her more pleasure than before, which she thought impossible, it all melded together, drowned out by the pounding of her heart in her ears. She needed him—now—and didn’t hesitate in her response. “Yes, Trask, I want this.” 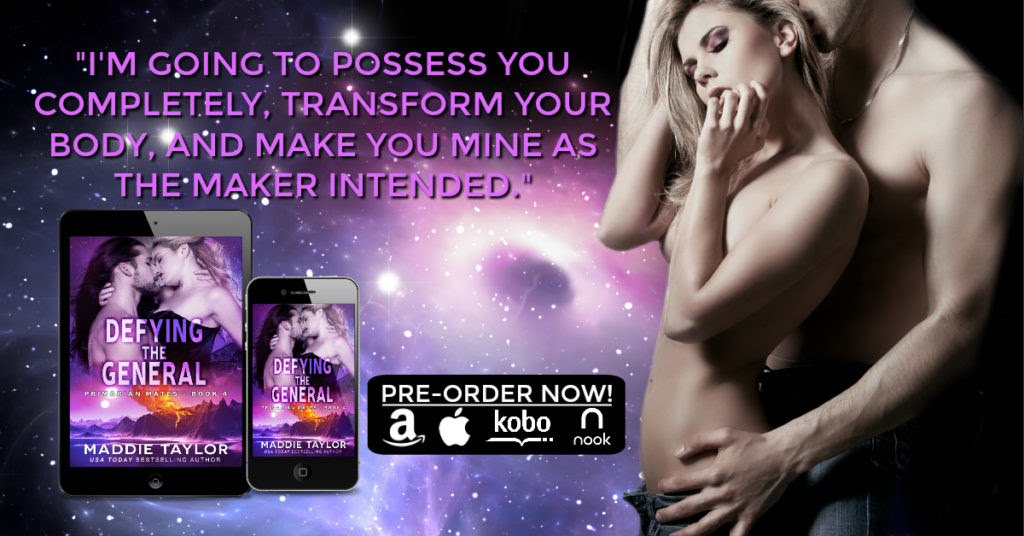 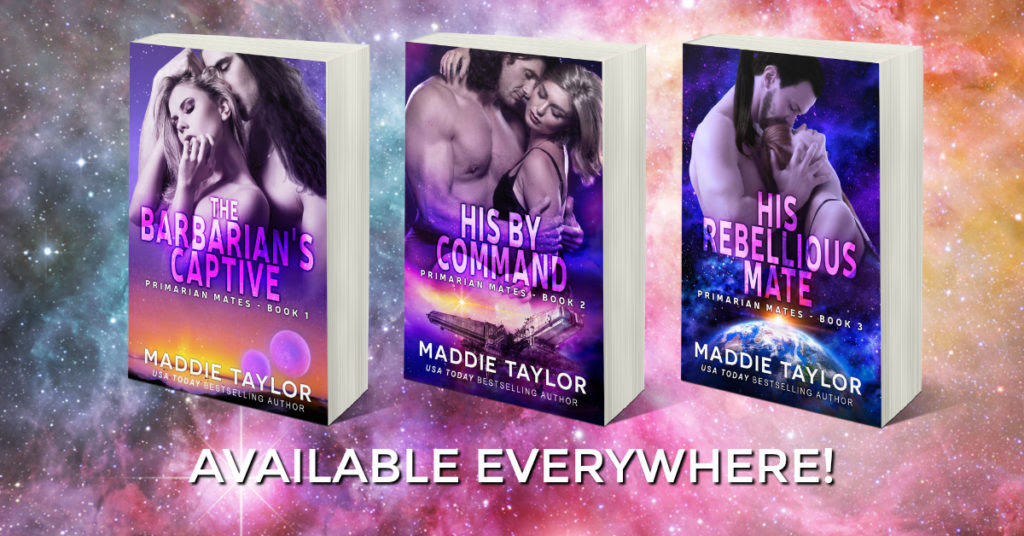 About Maddie
A USA Today and #1 international bestselling author, Maddie is a lifelong reader who became a romance junkie as a teen with her first romance novel, The Wolf and the Dove by Kathleen Woodiwiss. From then on, she was hooked, and gobbled up everything she could get her hands on, whether contemporary, historical, paranormal or sci-fi. If there was romance to be found between a strong alpha male, and a sassy, adventurous and ofttimes defiant yet loving woman, Maddie was all over it. As an author, she stays true to those themes writing steamy erotic romance, with a side of kink, and adding elements of intrigue, danger and suspense to her plots. Maddie started writing as a hobby. Her stories stayed private while she raised a family and worked full time as a registered nurse. It wasn't until 2012 that she decided to take the plunge and submit her first book for publication: Captain My Captain. She went on to publish eleven novels the first year.