PROMO: The Artist and the Soldier 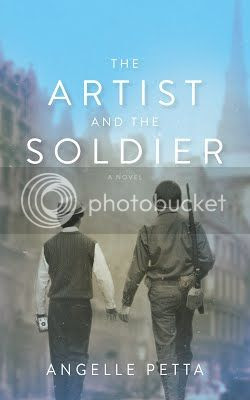 Two young men come of age and fall in love, set against the backdrop of true events in World War II

It’s 1938. Bastian Fisher and Max Amsel meet at an American-Nazi camp, Siegfried. Neither have any idea what to do with their blooming, confusing feelings for one another. Before they can begin to understand, the pair is yanked apart and forced in opposite directions.

Five years later, during the heart of World War II, Bastian’s American army platoon lands in Salerno, Italy. Max is in Nazi-occupied Rome where he has negotiated a plan to hire Jews on as ‘extras’ in a movie—an elaborate ruse to escape the Nazis. Brought together by circumstance and war, Bastian and Max find one another again in Rome.

Exploring the true stories of Camp Siegfried and the making of the film, La Porta del Cielo, The Artist and the Soldier is intense, fast moving, and sheds light on largely untouched stories in American and Italian history.

Before Max knew what was happening, Bastiangrabbed his hand and pulled him onto the path and intothe crowd. They wove in and out of runners, gainingspeed. With all the jostling and excitement, no onenoticed the boys join the race and wrench through. Bastian ran faster, yanking Max behind him. Theyknitted themselves into the fabric of the determinedand exhausted boys until, somehow, they broke free ofthe pack, pulling ahead. The finish line was in sight.
“Hey! Stop,” Max huffed in a whisper, attempting tojerk his arm free. “We can’t do this. It’s cheating.”
Bastian yelled back, his grip strong on Max’s arm.
“We can and we will. Come on, Max. When was thelast time you won a race?”
Max had never won a race.
He raised his head and saw the finish line ten yardsahead; hunger swelled in his eyes. Bastian saw it tooand a smile spread over his face. Max thought it madehim look wicked. With a surge of energy, Max propelledhimself forward to meet Bastian’s stride. Sweat drippeddown their faces and their feet pounded the dirt path.Clouds of dust billowed from every footfall. The boyslooked at each other. Together they ran, shouldersforward, the rest of the runners now on their heels.Never had Max been so close to winning something.Never had Bastian shown another camper his shortcut.With one final swell of energy, they launchedthemselves across the finish line; Bastian’s hand onceagain found Max’s, giving it a tight, hard squeeze, and—just as fast—let it fall.
Within seconds, the rest of the boys had joined them,drenched and huffing. A few of the runners, upset aboutlosing, plodded forward, whispering and not lookingback. Those who knew Bastian slapped him on the backand cheered for him. He grabbed Max’s hand again andthrust it into the air. Max’s heart flapped in his chest, aterrified bird confused by its newfound freedom.
Max looked around. His triumph, howeverundermined by the cheating, glimmered in front ofhim. Older boys, bigger boys, cheered for him, reachedout to touch him, just to get a piece of the glory. Heclosed his eyes and thrust his arms higher into the air,yelping in delight.


Bastian had helped Max do something he’d neverthought he’d do.Win. 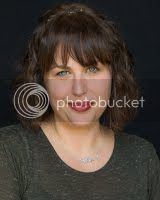 Angelle holds an MA from Emerson College, and a master’s equivalency in Drama Therapy through the NADTA.  She is a registered drama therapist and a PhD student at Lesley University.  She works as a Drama Therapist at an Expressive Arts Center in Virginia called A Place To Be. She lives in Northern Virginia with her husband, two delightful dogs, and one fat cat.