Stolen: A Sci-Fi Alien Alpha Romance by Alison Aimes arrives June 1st! Just keep reading for a sneak peek!
Or subscribe to Alison's newsletter to get it for FREE NOW → http://bit.ly/2vyGnFz 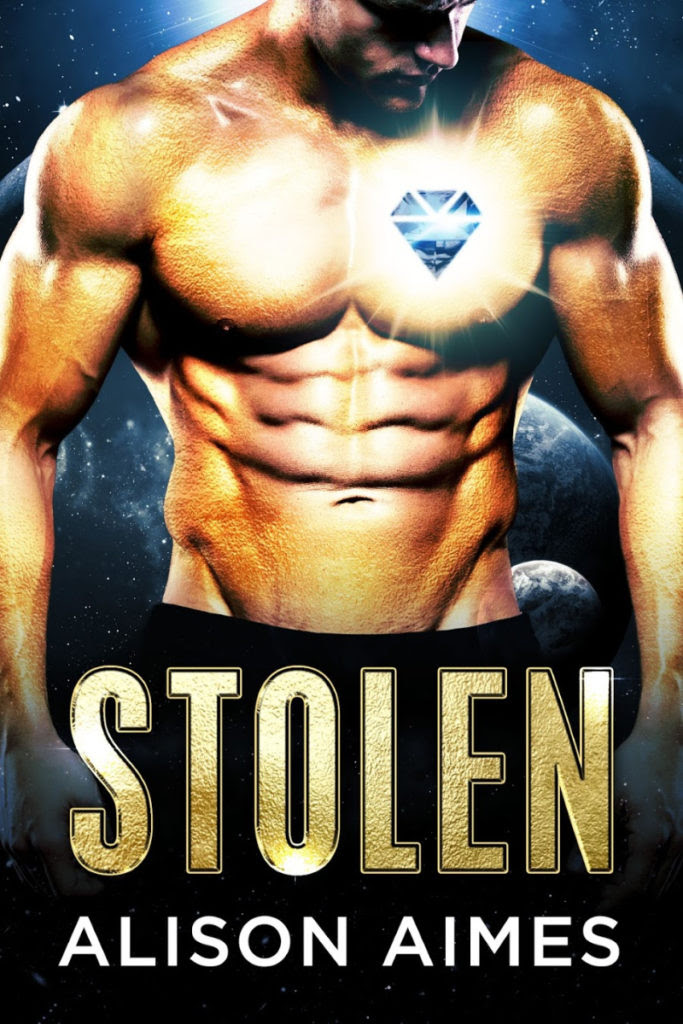 #scifiromance #alienalpharomance #alphamaleromance #comingsoon #freebooks #freebookpromotion #romancenovels #romancebooks #contemporaryromance #steamyreads #hotreads #eroticreads #bookbuzz
BLURB:
He’s a half-Martian Warlord. Savage, dominant, and dangerous—and now he’s on the hunt. For her.
Deception is a way of life for desperate thief Aurora Blake. Her sole purpose is to snatch enough jewels to escape her vicious stepfather, the powerful head of the corrupt Earther Corporation.
And the fierce Warlord she frames for her crimes? He's the last complication she needs.
She never expects to cross his path. Or to burn so hot after watching from the shadows as his rough commands bring exquisite pleasure to another female.
But Aurora's expectations don't matter when the Warlord wants her for himself. He won't stop until he's claimed her as his obedient mate.
Can she survive whatever he has in store once he discovers she's stolen far more than his barbarian heart?
Stolen is a sexy, standalone Alpha Alien Romance full of danger, betrayal, love, and the kind of epic steam that will have you flipping the pages fast! 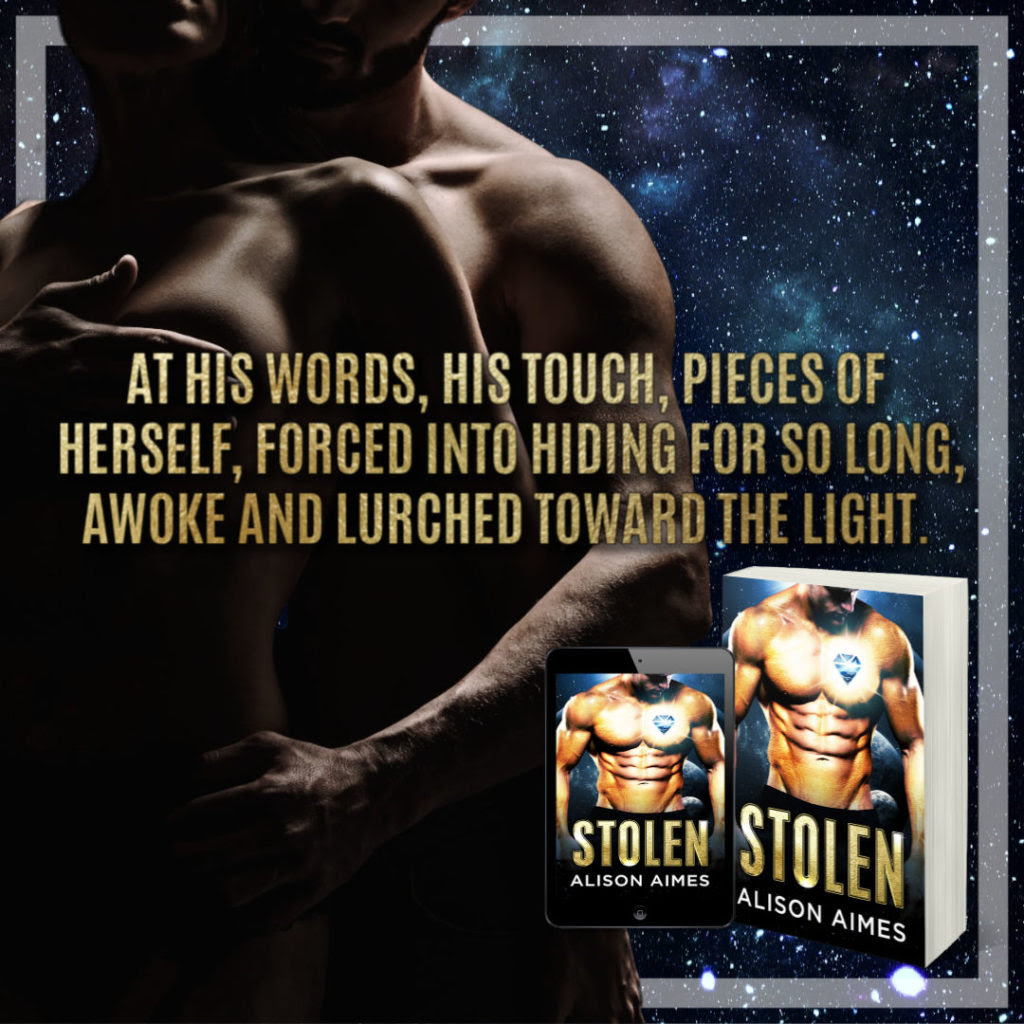 ENJOY THIS EXCERPT:
A sob erupted without warning, the exquisite beauty of the moment punctured by guilt that dragged her downward once more. “I’m so sorry.”
“Shhh, little one. The last thing I want is your tears.” His voice thickened. “Unless they’re rung by my hand. While you’re bent over this bench. Those sweet thighs spread wide. That hungry chanti of yours getting just what it needs.”
She bucked in his hold, white-hot desire slamming through her. Every other sensation—guilt, sadness, uncertainty—burned to ash at his coarse words.
Goddess help her, he was mercurial. Unpredictable. Wild. Just like her.
Circumstances had forced her to be timid, but that wasn’t her true nature. Not at all. At his words, pieces of herself, forced into hiding for so long, awoke and lurched toward the light.
The golden strands shimmered bright as they twined around her chest, thickening and multiplying. “Show me.”
Like the Warlord he was, he didn’t hesitate. Skimming the pad of his ﬁngers over her heaving chest, he slipped his hand beneath the neckline of her gown. His huge hand closed over breast, a claim of exquisite heat.
He rolled her nipple between his thick ﬁngers. Pinched. “Keep your hands on the bench. You’re under my command now.” 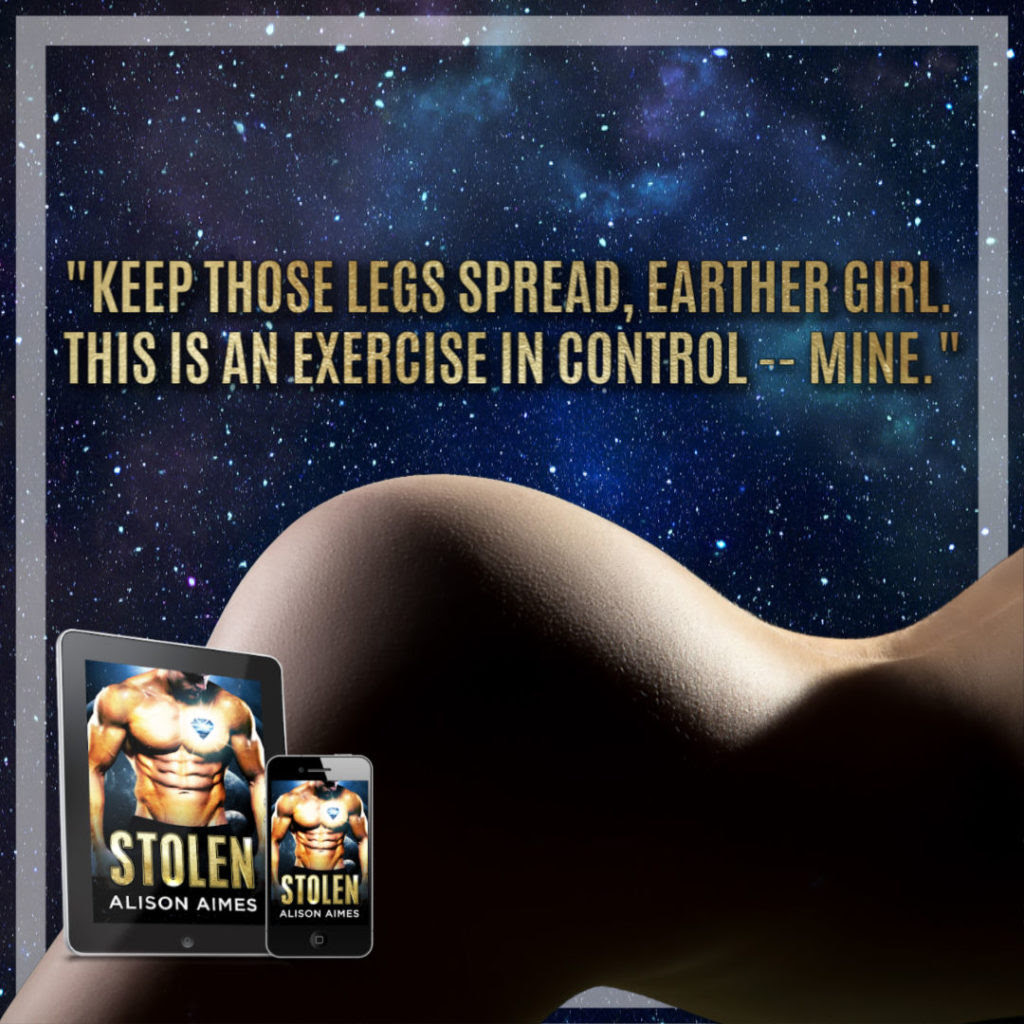 About Alison
Alison Aimes is the award-winning author of the sexy sci-fi romance series the Condemned as well as the sizzling contemporary romance Billionaire Bad Boys series.
A romance junkie with a PhD in Modern History, she's an all over the map kind of woman who has always had a love for dramatic stories and great books, no matter the era. Now, she's creating her own stories full of intrigue and passion, but always with a happy-ever-after ending.
She lives in Maryland with her husband, two kids, and her dog. When not in front of the computer, she can be found hanging with family and friends, hiking, trying to turn herself into a pretzel through yoga, listening to a fabulous TED talk, or, last but not least, sitting on the couch imagining her characters' next great adventures.
FOLLOW ALISON EVERYWHERE Amazon → https://amzn.to/2DvxbGl BookBub → http://bit.ly/2vfADjU Facebook → http://bit.ly/2DqeCDd Goodreads → http://bit.ly/2ZsXAxP Instagram → http://bit.ly/2Uv2JBL Pinterest → http://bit.ly/2VmDh5W Twitter → http://bit.ly/2XAsZwv Website → https://alisonaimes.com
Αναρτήθηκε από Ioanna/Gianna/Nana στις 4:00 μ.μ.